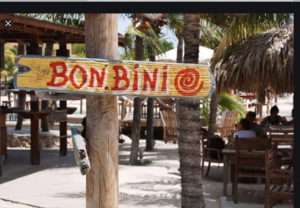 Just before Covid-19 turned our world upside down, I was able to jump ship in Curaçao, one of the ABC islands – Aruba­ and Bonaire being the others – in the Dutch Antilles. This tiny arid island is 40 miles from Venezuela and very different from the eastern and western Caribbean: the vegetation is less verdant; the food, like the people, is a little stodgy– the Dutch influence? The culture is sedate with none of the non-stop music, dancing and joking of Jamaica or Trinidad though the incredibly low crime-rate off-sets the dullness. A Curaçao passport can take its owner anywhere an EU passport can, something other West Indians only dream of. The official languages are Dutch, English and Papiamentu; the latter is what the locals speak to each other. The mix of Latinate and Dutch words baffles the casual eavesdropper; it sounds tantalizingly familiar, yet eludes comprehension.

Papiamentu evolved over five centuries and embodies Curaçao’s complex history. Spanish sailors spotted the island in 1499, invaded soon after and enslaved the indigenous Arawaks, Some Arawak words survived especially in the names of flora and fauna like iguana, a common local reptile. In 1634 the Netherlands, who were fighting the Spanish Empire for independence, seized Curaçao and turned it into a hub for the Dutch West India Company’s slave trade. Portuguese traders and African slaves brought with them a Portuguese-based pidgin from the Cape Verde Islands. A language of trade, it was a simple mix of Portuguese, a little French, Wolof from nearby Guinea-Bissau and from the big slaving hub Goré Island off Senegal, Mande languages from the coast and the Congo, and Bantu, a major language group, from the Portuguese colonies in the south, Mozambique and Angola. The stolen Africans, often deliberately separated from their own tribes, used this trade pidgin to communicate with countrymen from elsewhere in the vast continent. Traces of another secret language Guene (Guinea), used by slaves in song, still exist in Curaçao folk music today.

Sephardic Jews, who’d fled the Inquisition in the Iberian Peninsula for Amsterdam, were sent to Curaçao as translators from the 1640s; they brought Dutch as well as their own form of Portuguese into the linguistic mix. In 1654 the Dutch lost their Brazilian colony Recife and more Sephardic Jews reached Curaçao. Different strains of Portuguese came later too with workers from Madeira and the Azores. In the 20th century Ashkenazi Jews bought Yiddish from Romania and Bessarabia.

Dutch-inspired words include buki – book – and lesa – to read – reflecting the fact that the education system in Curaçao is Dutch. English provided bèk – back, bòter – bottle, baiskel – bicycle.  In the 19th century immigration from Latin America brought more Spanish into the language. In the 21st century illegal Spanish-speaking immigrants are arriving from troubled Venezuela, if they can evade the Curaçao naval patrols.

All of this is fascinating to the linguist or the historian, but the practical usefulness of Papiamentu became apparent when I tried to order a takeaway in the Bon Bini Chinese in the little village of Lagun. The sulky girl, behind an unnecessary security grille, spoke only Mandarin and enough Papiamentu to serve local octogenarians their nightly bottle of Amstel. I wracked my brain for bits of Spanish and phrases I’d read in the Wiki guide to Papiamentu. “Komida?” I asked, doing the universal hand to mouth gesture for food. Sulky gave me a menu, all in Papiamentu. I worked out that piska is fish and galina is chicken and I drank a beer with the old men while it was cooked. “Bon bon danke,” I said as Sulky pushed the take-out cartons through the hole in the Bronx-style grille. Then inspiration struck and I remembered it was almost Chinese New Year. “Gung ho fat chow!’ I added. The girl’s sullen face lit up and she replied volubly in Mandarin; sadly I’d used up my entire vocabulary but the ice had thawed and I became a very popular customer.

Never underestimate the power of language, a little can go along way. Bon dia, dushi.