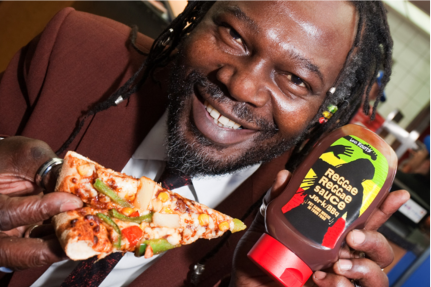 Sure, the process doesn’t start nicely; it’s about war, invasion and colonisation; it involves rape, pillage and domination. But from violence and exploitation, the sharing and enrichment of cultures emerges. Imagine British food without the culinary influence of India, Italy and the Caribbean, the spices of the orient, the cultivars of Dutch agriculture; imagine the English language without additions from Latin, Hindi and Arabic; Brits would be eating boiled turnips and grunting in Anglo-Saxon (Beowolf is all very well but …).

The nature of our relationships with other nations are reflected in the words we borrow. In previous centuries, adventurers imported, from Persia, Arabia, the Crimea, bint, kahve, baksheesh – girl, coffee, bribe – the essentials for the male traveller. Soldiers in the First World War brought back mademoiselle, parlez, vin blanc(which gave us ‘plonk’) – sex, communication, alcohol. World War II added dinero as well as senorita andfräulein, vino and spaghetti. Of course, essential vocabulary carries different implications if you are female and therefore likely to belong to the invaded rather than the invaders; to women, ‘men’ doesn’t represent a desirable commodity, as ‘girls’ and ‘women’ do to the soldiery; ‘man/men’ is synonymous with danger, the people who’ll take your body and steal your food.

We can agree that expanding and invigorating our language is a good thing, but at the point of entry perhaps the originators feel less thrilled: in the days of the Raj, Hindi-speakers may not have appreciated their oppressors bandying about their mother tongue, calling their alcoholic liveners chota pegs. In the 1930s and 40s, non-Jews adopted Yiddish words like schlep and nosh with relish – did Jewish people find it annoying or flattering? Today do black or working-class youths wince when Old Etonians enhance their street cred by dropping phrases like ‘banging’ and ‘blinding’?

If you’re an Asian restauranteur, profiting from ‘authentic’ chicken tikka marsala, it’s okay –  you’re in control, you invented the dish for your British customers, but if you’re a Jamaican and your reggae rhythms are constantly re-worked badly by white guys who make a fortune without acknowledging their source, it’s plain wrong. We can’t police this cultural cross-fertilisation because it just happens, but If you use other people’s stuff, you should do it well and give credit, celebrate rather than appropriate.

The same applies to writers: our literature, like our language, benefits from new topics and influences. We should not inhibit our imaginations or censor our subject matter but we should write well and accurately about other kinds of people, other places, other experiences. The process should also be a two-way one; rather than publishers forbidding white authors to write about black characters, for example, the industry should be ensuring that we all get to write about each other and profit equally from doing so.

Here’s a link to an essay by Brian Morton on this subject that says it all so much more eloquently than me:
https://www.dissentmagazine.org/article/all-shook-up-the-politics-of-cultural-appropriation