Did the Earth Move when you read Hemingway? 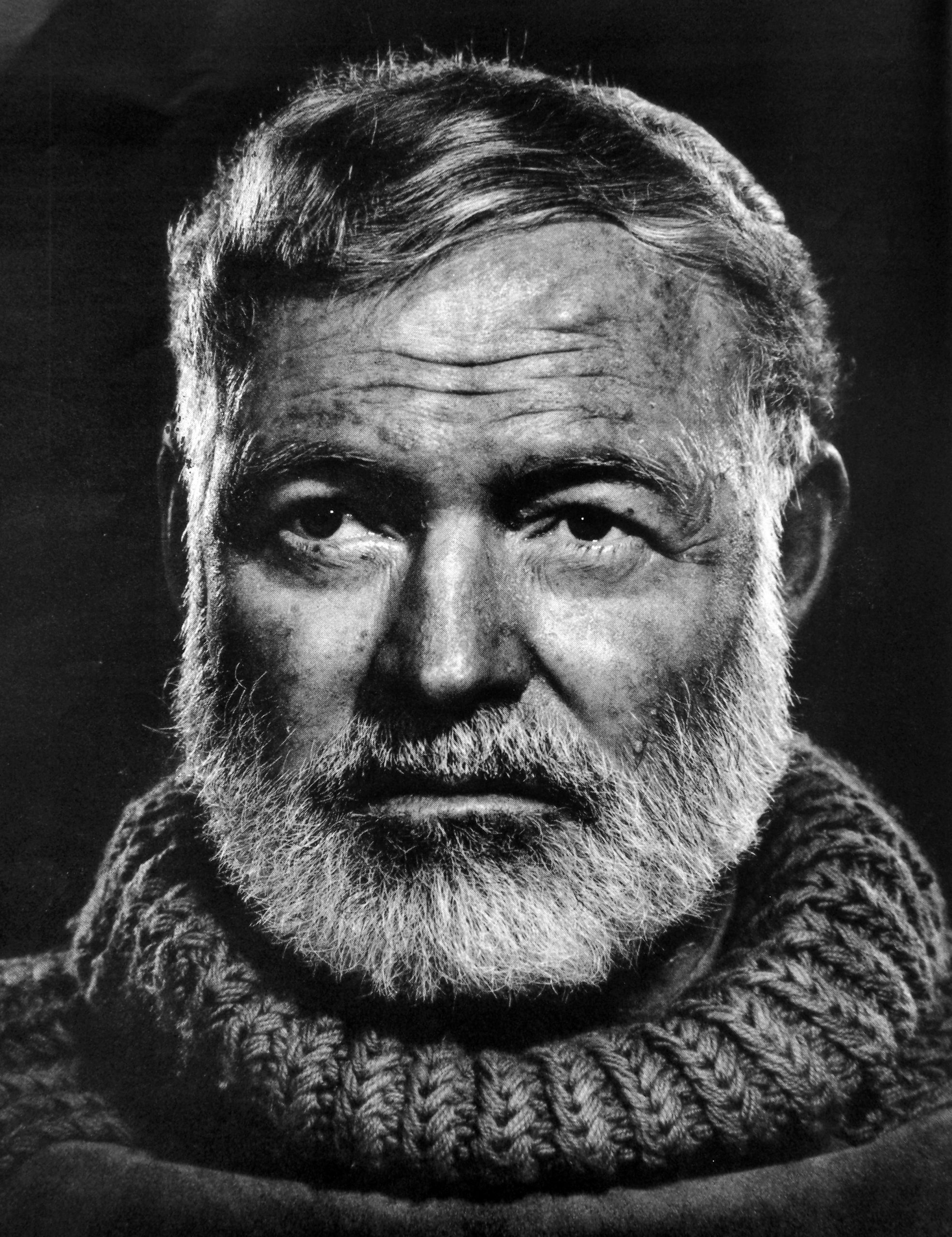 Despite allegedly studying American Literature sometime during the last millennium at Bristol, I realised on my recent teaching trip to Andalusia that I had barely read any Hemingway. I was prejudiced against his big-beard-boozy-bullfighting-deep-sea-fishing-lion-hunting-much-married-macho-man image and as the decades rolled by I thought I had read his novels; I’d certainly seen the movies. Typically, I was finally motivated to read some in order to write a parody, reworking the Spanish Civil War novel For Whom the Bell Tolls to incorporate all our creative writing students.
The novel is a gift for comedy with Hemingway’s weirdly stilted repetitious dialogue, the liberal sprinklings of Spanish phrases, his odd attempt at replicating Andalusian dialect in English – “Down with the miscalled Republic…I obscenity in the milk of your fathers.” Like D.H. Lawrence before him, his multi-adjective, adverbial efforts to describe sex is hilarious – “Where there had been a roughness of fabric all was smooth with a smoothness and firm rounded pressing and a long warm coolness, cool outside and warm within, long and light and closely holding, closely held, lonely, hollow-making with contours, happy-making, young and loving and now all warmly smooth with a hollowing, chest-aching, tight-held loneliness that…” and so on for sometime. Imagine my glee when I realised that Hemingway was first to coin the much used, much ridiculed question, “Did the earth move for you?”
However, like Lawrence, Hemingway was trying to write something fresh and honest on a subject that had been glossed over or addressed only in pornography. Similarly, he tackles the moral principles behind the complex political impulses and allegiances in the conflict in a clear-eyed manner. His action sequences are also heavy on the adjectives yet they engage the reader and capture the shock and excitement of war. The story is compelling and gripped me partly because I knew the writer had direct experience of the conflict. My feminist prejudices were challenged by his portrayal of the female characters tough-talking guerrilla leader, mistress of matadors, Pilar, and the unlikely love interest, brave Maria, survivor of rape and abuse by the fascists.
I did wonder what I would say as an editor and writing tutor if a student had duped me by passing off an extract of For Whom the Bell Tolls as their own work. I imagine my over-active red pen, my slightly sarcastic margin notes of “One adjective would suffice”, “Do they really need to say ‘thee’ and ‘thou’?” and “Too many ‘Que vas” – find an English equivalent.” Could I have contained myself when our hero addresses Maria as “My little rabbit”?
More amusement bubbled when Daddy Google revealed a new app produced by ever inventive but misguided Americans called The Hemingway Editor which (and I quote here) “cuts the dead weight from your writing. It highlights wordy sentences in yellow and more egregious ones in red.Hemingway helps you write with power and clarity by highlighting adverbs, passive voice, and dull, complicated words.”
Obviously the inventors, like me, had never read anything by the great man.
Ardella Jones
For whom the Bell Clangs by Ernestina Hemingway is available on my Facebook page for a laugh
The Hemingway Editor