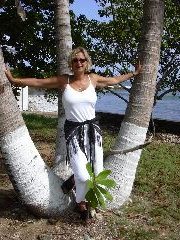 I was amazed to find how many typos, inconsistencies and plain old F.U.s there were in my final draft of Miss Widow in Jamaica. My editorial team – Jonathan Wolfman on plot and story, Simona Sideri on fine detail, timelines, layout and punctuation, Joan Lecky on all things Jamaican – had been through the MS at least twice. I had read through the ‘final’ draft three times– slowly, yet there were still missing/superfluous/misspelt words. More seriously, there was a woman cooking dinner at breakfast time, a missing .45 revolver, and several trans-Atlantic phone calls with the wrong time zones. So let me pass on to you a few tips I’ve learned from this painful process:

To complicate my life, I had to turn off spell-check because all the Jamaican words provoked a red line.

Ardella Jones
Writers’ Room workshops take place 1 – 4 p.m. first Saturday in the month and are suitable for new and experienced writers, those who enjoy trying new forms and ideas. Novelists’ Survival Group meets 7 – 9. 30 p.m. first Monday in the month for writers with 40,000 words plus synopsis.