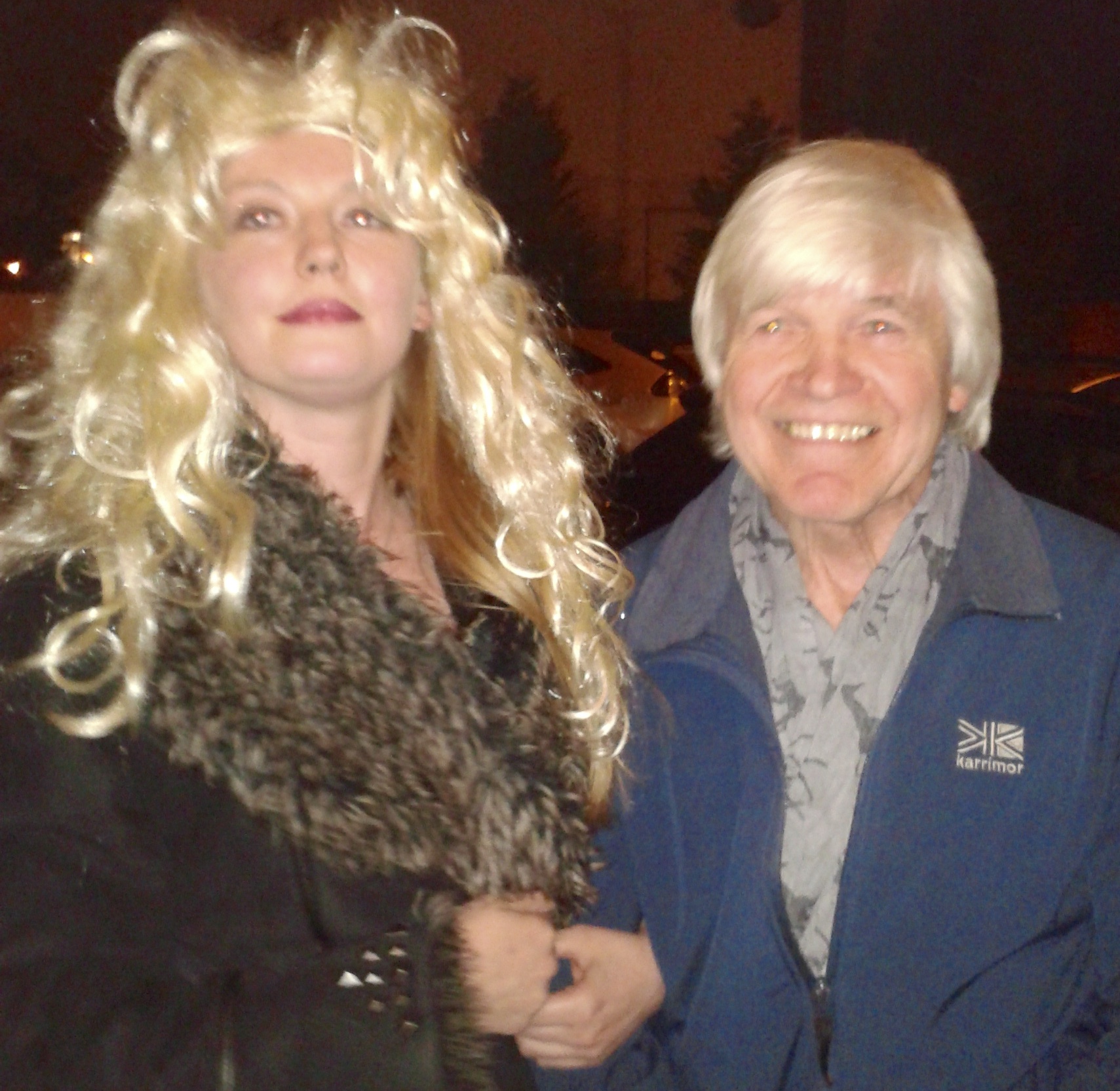 Svetlana and Hamish AKA Alina and Jim

On Friday night Sunchalkers gathered to celebrate film maker Rob West’s birthday by creating what one might call a ‘flash movie’, an instant short drama.  Of course we had wine and cake and lots of laughs but by the end of the evening we had a short film which, with the birthday boy’s editorial talents, will be worth watching.  It struck me that for all the ham acting, comedy wigs, and silly voices, we actually hit on a few principles that apply to both short drama and the short story: