Growing Out of Your Novel 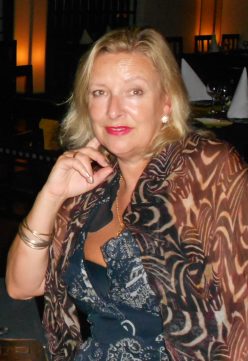 “I’m bored with my novel.  I’m giving up on it and starting something new,” said a colleague recently.
My gut reaction was that he was right; he’d been writing the story for four or five years, diligently rewriting and was now on his third or fourth draft. Even so, I hate to encourage quitting – especially after so much hard work.
“Are you sure?” I asked, ”Why?”
“I’ve grown out of it. I’ve changed career, got married, travelled to different places.”
It was true. Although, the novel was a crime thriller featuring a dour French detective, it was set in a region the writer had visited years before, after university, with a long-gone girlfriend.  Since then he’d taught English in Japan, travelled the world as a banking IT consultant, then, under the dubious influence of Chalk the Sun, given up the corporate world to write and work in inner-city schools and colleges.  Most life-changing of all he’d married a dynamic Argentinian woman of Italian descent who’d spent many years in America thus giving him a whole new range of cultural influences.   I could see that a novel about juvenile crime in South London or a thriller in post-Peron Argentina might be much more motivating and engrossing for him as a writer.
So, two things occurred to me: One, make sure your idea excites you enough to get you through the hard year or more’s slog of writing your book.  To some extent you never know without trying to write it but test the water by writing short stories and inter-linked, thematically-connected pieces around your location and characters.  If you decide to go ahead with the novel these won’t be wasted; if not you’ll at least have some good short pieces to share online, or enter into competitions.
Two: get on with your novel once you’ve started it.  If you take too long a) you can lose interest and grow out of the story or b) your style changes and evolves so you have to keep revising the early chapters – it becomes the literary equivalent of painting the Forth Bridge.
The good thing about abandoning a novel on a third draft, however, is that you’ve gone through the process and learnt a lot about your craft which augers well for the next story you want to write.  One Chalk student has a great story in her family history but she is saving it until she’s honed her skills.  So she’s launched on a chick-lit novel – a possibly less emotionally demanding option – to develop her craft.  And who knows? –  that practice-run might end up a best-seller.
Ardella Jones
Our Novelists’ Survival Group meets 7pm  first Monday every month at Balham Bowls Club