How Much Truth Do We Need? 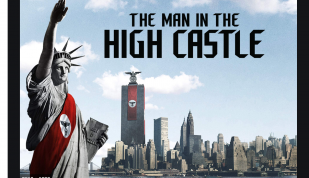 Fiction writers are always facing the question of how factual we need to be, how much should we respect the actuality, as Alan Clark termed it so memorably.  Do we, for example, refer to real life celebrities in our work or do we employ sound-alike names or even resort to the coy dash favoured by 19th century novelists as in ‘Lord ­–’. Do we opt for real place names to add verisimilitude to our settings or do we allow ourselves more artistic licence by locating our stories in Wessex as Hardy did in his rustic novels or Barsetshire as Trollope did in The Chronicles.
In the 21st century we are far less squeamish than our Victorian counterparts, creating fiction about events which we have barely had time to process as in the flurry of 9/11 novels penned while Ground Zero was still smouldering. Fictionalisation of setting may give the subject matter greater scope and resonance as in the African dictatorship described in V.S. Naipaul’s 1979 novel A Bend in the River, while Graham Greene’s The Comedians had to be set specifically in Papa Doc Duvalier’s Haiti. It may allow for greater artistic freedom and comedic scope as in Black Mischief, Evelyn Waugh’s biting 1932 satire of Emperor Haile Selassie’s modernisation programme, set in a thinly-disguised Abyssinia. It may allow the writer to focus on the story and theme without getting bogged down in the nitty gritty of real geography or social institutions – we are interested in Maggie Tulliver’s moral and romantic dilemmas rather than on exactly which tributary of the Floss her dad’s mill is located. On the other hand Colin MacInnes’ Absolute Beginners couldn’t be set anywhere other than 1950s’ Notting Hill.
We may choose to mix real historic figures with fictional ones. In Young Adolf (1978) Beryl Bainbridge found a blank in Hitler’s biography around 1924, when he allegedly visited his half-brother in Liverpool, and added some invented Jewish neighbours.  In Marlon James’ A Brief History of Seven Killings Bob Marley is coyly referred to as ‘the Singer’, which according to some pundits made the character into a universal archetype although cynical me attributes this choice of nomenclature to fear of the litigious Rita Marley and the Tuff Gong corporation. Confusingly, the novel also features a fictional gang leader from west Kingston called Josey Wales, not to be confused with the real life ‘bad bwoy’ deejay from west Kingston, Josey Wales, who, fortunately for the novelist, doesn’t follow the Booker Prize winners too closely.
Historical novelists face even more dilemmas: how much of their painstaking research actually interests the reader? Can they exercise some dramatic licence and interpret the facts to increase the tension, to make their fiction more satisfying than the reality? Hilary Mantell’s take on Thomas Cromwell’s relationship with Sir Thomas More upset historians like Simon Sharma and David Starkey who described it as ‘a deliberate perversion’ of history, while The Daily Mail was concerned that Jane Seymour wasn’t portrayed with a big, bulging forehead.
Writers of historical fiction are free to fill in the gaps as they wish while keeping the factual framework. George MacDonald Fraser, creator of the Flashman series, based his eponymous hero on the bully from Tom Brown’s Schooldays, imagining him grown up, fighting for Queen and Country. MacDonald Fraser skilfully slots his cowardly, dishonest, yet somehow charming, protagonist into real events; for example, an unnamed soldier mentioned in despatches, galloping away from The Charge of the Light Brigade, becomes Flashy hotfooting it to a brothel in Sebastopol.
Other writers have based entire works on imaginative distortions of history – the ‘what ifs’ – as in Philip K. Dick’s The Man in The High Castle and Robert Harris’ Fatherland, in both of which the Allies lose WW11, although other aspects of the stories are scrupulously faithful to real events. Unintended changes, errors or deliberate misrepresentations, distract the reader from your story.  Aim for authenticity and accuracy… as long as you don’t spend so many hours in dusty libraries or the byways of Google that you have no time to write.
Ardella Jones