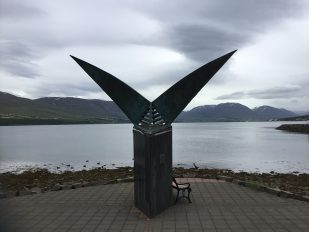 I in 10 Icelanders will publish a book
My recent lecturing gig in Iceland brought some quirky statistics to my attention. One being that 1 in 10 Icelanders will publish a book at some point in their lives. This island nation with a population of 320,000, about the size of Croydon, has a land mass twice the size of Sri Lanka (population 42 million). It produces more writers, publishes more books and its citizens read more books per head than anywhere else in the world. Great for me as a creative writing teacher but too much competition as writer! There is a phrase in Icelandic, ‘ad ganga med bok I maganum’, everyone gives birth to a book – literally, everyone ‘has a book in their stomach’.
The small population means that Iceland produces more Nobel Prize winners (just the one) than any other nation.  This one and only – Halldor Laxness – is suitably celebrated by his literary countrymen. The Nobel Literature Laureate’s books are sold in petrol stations across the island; locals name their cats ‘Laxness’; people make pilgrimages to his home.
The inspiring landscape and the long winter nights are ideal conditions to create writers. Icelandic novelist Solvi Bjorn Siggurdsson says: “We are a nation of storytellers. When it was dark and cold we had nothing else to do. Thanks to the poetic  eddas and medieval sagas, we have always been surrounded by stories.”
Tradition may account for all this prolific writing, but since the 13th century Icelanders have come bang up to date. You can sit on a bar-coded bench in Reykjavik, swipe and listen to stories on your smart phone.
Reykjavik is also the crime writing capital of the world, relative to its crime rate, which is predictably rather lower than London or Los Angeles. The boom in Icelandic Scandi Noir is headed by queen of crime fiction, 74 year-old Yrsa Sigurđardóttir and best-seller Arnaldur Indridason. The latter makes good use of uniquely Icelandic factors, both historical and contemporary, for his plots. His 2017 novel The Shadow District is set during the American occupation in World War II with backstreet trysts between Icelandic girls and Yankee GIs ripe for crime passionnel.  Jar City (2000) focuses on Iceland’s deCODE Project, which has resulted in a third of all citizens providing DNA samples, another global first. Indridason’s novel is in part a fierce critique of this gene-gathering especially where defective genes may predispose people to crime.
When Icelanders tire of reading and writing, there’s an app available to safeguard them from the downside of having a tiny population with a small gene pool: it’s a dating app to help you avoid unwitting incest.
Ardella Jones 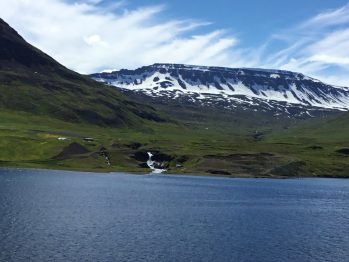