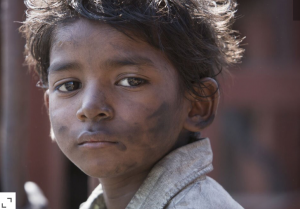 Last year started with Bowie’s death, peaked with Brexit and the loss of Prince, and ended horribly with George Michael’s demise and Trump’s triumph. Throw in the loss of a dozen more cultural icons from Lemmy and Alan Rickman to Victoria Wood and Fidel Castro, the usual doom and destruction around the globe, and the distinct post-Christmas possibility of self-induced type 2 diabetes, and you can’t blame me for seeking the feel-good factor in 2017.
With this in mind, I trundled off to catch the Emmy-ladened La La Land as soon as it opened. Despite loathing musicals (“Stop singing and get on with the bloody story!”) I found myself suitably loved up and teary by the end. The movie veers away from its old school antecedents by playing around with the narrative, giving us time shifts, alternative endings, even a dash of reality which makes the schmaltz more palatable to a jaundiced contemporary picture-goer.
Ryan Gosling and Emma Stone’s star-crossed love affair was not enough, however, to buoy me up for Donald Pussy-Grabber’s inauguration, so I caught the first screening of heart-warming, true life Lion in a surprisingly empty Clapham Picturehouse (could the film feature too many brown people to really chafe the average white organ?) Dev Patel and Nicole Kidman were blown off screen by little lost Saroo, played by 8-year-old Sunny Pawar, the finest child lead since Christian Bale in Empire of the Sun. I cried even more during this little gem – does ‘feel-good’ equate to ‘puffy-red-eyes-in-the-bar’? I may try a cheery comedy next or better still Jackie – you know the one where an American president gets assassinated leaving his wife alone with her chic wardrobe …
Ardella Jones
Try some feel-good creative writing in our Writers’ Room workshop on depicting love and emotions 1 – 4pm on 4 February at The Trafalgar Arms, Tooting.

Sunny Pawar upstaging the grown ups again at the premiere