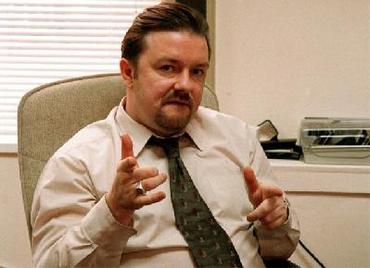 “So going forward,” said my Chalk colleague Jo at our last meeting, “you could like really rock a new blog.”
I almost snapped my pencil in half. Then I noticed the twinkle in Jo’s eye.
“Like something on new ways of speaking that irk the over-forties, you know?” Jo’s voice rose in an inquiring Australian manner. “Stuff that’s like really gross.”
Yes, Jo was tasking me (that’s another one) with identifying new linguistic trends that set our teeth on edge.
The antipodean rising inflection, as it’s properly called, was adopted by teens when Kylie Minogue and Neighbours hit our screens in 1985. MTV brought us ‘bad’, ‘wicked’ and ‘sick’ all meaning ‘very good’. Glee popularised ‘yay!’, ‘soooh’ and ‘awesome’, now my local Waitrose is populated by middle-aged housewives who speak like 17-year-old Californian cheerleaders.
New-speak is often lazy. It can take the place of considered conversation as with my pet hate – ‘It is what it is’, a meaningless phrase with aspirations to profundity that sounds like a response yet cuts off any genuine discussion. Simply restating a word is a popular cop out these days as in – dare I say it? – ‘Brexit means Brexit.’
Of course, politicians have been creating dreadful new usages from John Major’s tautological ‘safe havens’ to Obama’s ‘going forward’ – what was wrong with ‘in future’, Barack? The Trump Presidency promises vocab atrocities on a hitherto undreamt of scale ­ – ‘bigly,’ ‘yuuge,’ ‘braggadocious’. I could go on…
This brings me to corporate cant, enemy of good communication, love child of mountebanks and charlatans who want to repackage English and sell it back to us. Ineffectual employees love obscuration and use it to justify their existence. A male colleague at a famously left-wing council where I once worked only ever made one contribution to circulating reports – he’d change ‘now’ to ‘at this moment in time.’ He also cost our ratepayers a few thousand quid by replacing all the Ladies loo signs with Women – how we feminists danced for joy round our bra bonfires!
The language police protest too much in an attempt to distract from their own shortcomings; some are double agents hell-bent on discrediting the use of more thoughtful language. They are the people who perpetuate mythical Daily Mail claims that we can no longer order black coffee because it’s racist or brainstorm in creative meetings in case epileptics are offended (for the record, The Epilepsy Society have officially debunked that one so you don’t have to have ‘thought showers’ at conferences. Phew!)
Political correctness doesn’t have to go mad, as its critics claim it’s wont to do, we just need to choose language that doesn’t offend; it’s plain, old-fashioned good manners. Let’s use epithets that include everyone. Only the most intolerant I-am-not-a-piece-of-furniture-man finds ‘chair’ an unacceptable alternative to ‘chairman’. Though I agree that we can’t replace ‘master class’ or ‘masterpiece’ with mistress-variants without evoking images of black lace corsets and afternoon rendezvous.
Worst of all are clunky metaphors. Does running things up flagpoles and saluting them do anything except create a silly mental picture? Perhaps it’s the sedentary nature of the modern office, the wimpy white collar life style, that accounts for the popularity of sporty euphemisms like ‘ballpark figure’. Then there’s martial imagery like ‘an all-hands in the war room’ or ‘a staff meeting’ as we women prefer to call it. Perhaps there are hundreds of David Brents, manning keyboards, all over the country, yearning for a more macho way of life, and dreaming up these tough guy phrases as compensation. Trapped in The Office, they are unaware of the collateral damage to sensible communication when they warn insurgent colleagues – ‘Don’t park your tanks on my lawn!’
There is a great website www.unsuck-it.com which translates such nonsense into plain English. Thus the irksome ‘cascade’ becomes ‘share’; and the long-winded ‘some foot on the ball time’ shrinks to the more prosaic ‘pause’. A good rule would be if it’s on this website don’t use it.
Simplicity is not a new idea. Curmudgeonly old Henry Watson Fowler extolled it in The King’s English, 1906, decrying fanciful language in favour of familiar, short, Anglo-Saxon words. If only he was still around to admonish the estate agents who use ‘fenestration’ instead of ‘windows’ and translate ‘pokey’ as ‘bijou’.
Of course, language changes all the time and there are useful additions to the O.E.D. like ‘selfie’ and ‘moobs’. I hope ‘scandalabra’ – multiple scandals – catches on. I am very pleased Roald Dahl’s inventions ‘scrumptious’ and ‘splendiferous’ have made it into the dictionary. Maybe I’m just blue-sky thinking, but the pace of change may mean we won’t have to live with less appealing new phrases for too long. That would be too, too cross-making, not tickety-boo at all, doncha know …
årdella Jones