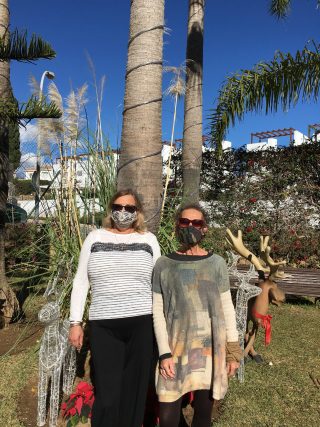 To say that 2020 has been an unusual year is an understatement of similar magnitude to saying Trump’s not the most statesman-like president nor Boris the most truthful prime minister.  Back in January Brexit appeared to be the worst thing possible; by April we were living in a mash up of Contagion and 1984. The Orwellian misuse of language gave ‘world-beating’ a whole new meaning and ‘unprecedented’ an award for most over-used adjective. We were all poised somewhere between imminent death and stultifying boredom, between tragedy of immense proportions (Will my father die alone? Can we have a funeral?) and trivial banalities of excrutiating pettiness (Is Sainsbury’s out of Hobnobs? Did my neighbour jog twice in one day?)

Somewhere in the middle of the see-saw, we located our humanity and our creativity. We doorstepped lonely neighbours, made PPE scrub bags from old pillow cases, joined Marcus Rashford MBE in donating to food banks even if our contribution was only two tins of beans and a Twix. We couldn’t go to theatres or concert halls yet singers harmonised from balconies, ballet dancers pirouetted in their kitchens and whole orchestras struck up in railway terminals. The very people facing the loss of livelihood and career, those consigned to retraining as cyber security operatives, performed free to support charities, raise our spirits and express the feelings we couldn’t quite articulate.

We writers were lucky; we could stay home and do what we were supposed to do. Even so the pandemic was unsettling and few of us could focus much during Lockdown One.  There were admirable exceptions at Chalk the Sun with first drafts and rewrites of several novels completed. People who had never submitted a piece suddenly became prolific – you know who you are! We received dozens of stories for Riverside Radio’s Lockdown Series of which eight were broadcast. I was busier than ever mentoring and editing as aspiring authors dusted down an opus begun at uni, and professional writers, hoping TV and film production would resume, got busy on sitcoms and screenplays.

Jo and I, self-confessed technophobes, got to grips with Zoom and, after the initial ‘Can you see me?’ stuff, even mastered the art of the Breakout Room. The virtual classroom may lack some of the advantages of the cosy Trafalgar Arms but it has others: you can teach in slippers, record and share workshops with absentees, mute the talkative and send discreet, encouraging notes to the taciturn. Best of all we could welcome students from everywhere: Lucy joined Writers’ Room from York, Elizabeth from Glasgow, two even came from far flung Walthamstow. One of our novelists took WFH to a whole new level and has been running her company from a small Greek island.

Friends of Chalk have been able to ‘pop in’ on workshops and share their pearls of wisdom without the need to travel so we’ve enjoyed visits from children’s editor Simona Sideri in Rome, novelist Fliss Chester in deepest Surrey, and producer/screenwriter Jonathan Wolfman in darkest Kent. We’ve celebrated a 40th birthday and Jim’s recovery from cancer on Zoom. With fewer distractions, I started collecting short stories for A Decade of Chalk the Sun for publication next year with contributions from Spain, Australia and Ghana – so far.

It’s been an annus horribilis with lost loved ones and lost jobs, emotional and financial pressures. Sunchalkers have survived the adrenalin-fuelled stress of working in the NHS and the tedium of 9-hour days Zooming in the attic. The theatres are dark again and productions for screen are not in full swing, but book sales are soaring and publishers receptive to new work.  Now, with a vaccine available, we can see the light at the end of a very long tunnel. Nothing will ever be quite the same again, but in the words of Alan Bennet, we’re keeping on, keeping on. 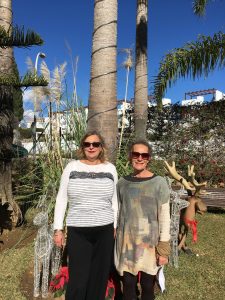