Short and Not So Sweet: BBC National Short Story Awards 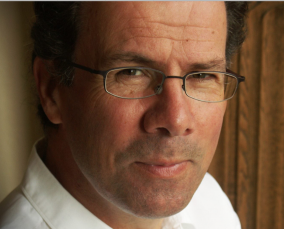 Writers from Hilary Mantel to Frances Leviston competed for the £15,000 tenth National Short Story Award culminating in a Front Row presentation live from Broadcasting House this week. As guest writers William Boyd and Ian Rankin pointed out the short story form is perfect for exploring a pivotal moment, an unusual encounter or an elusive experience. V.S. Pritchard, a great exponent of the art, summed up the short story as “Something glimpsed from the corner of the eye, in passing.”
Short stories are also good for writers; they demand a tight focus, precise economic language, and a lot of thought (Hilary Mantel described revisiting and rewriting her story The Assassination of Margaret Thatcher over several decades). They do not, however, demand a year or two of a writer’s life as a novel does; a short story can be written in one satisfying weekend.
As a form, their demise was strongly predicted ten years ago as magazines and publishing houses spurned them. Then in 2013 Alice Munro won the Nobel Prize and Lydia Davis the Man Booker with short story collections. The internet throbs with flash fiction websites, self-published collections and story competitions; creative writing classes are thronged by part-time writers honing their skills after work with the short form. A younger generation, adept at tweeting, blogging and texting, thrive on their brevity. Fourteen-year-old Brennig Davies, winner of the Radio One/Book Trust Young Writers’ Award, researched the gory details of rabbit-skinning on You-tube.
Although Ian Rankin cited the opportunity short stories gave him to explore the whimsical side of his detective Rebus, the short-listed stories were all dark in tone. Parent/child dynamics, co-dependency and conflict were at their heart. Brennig Davies distilled the uneasy nature of a father/son relationship into the act of skinning a rabbit. Runner-up Mark Haddon was inspired by a documentary about a morbidly obese, housebound man to speculate on his absent ‘feeder’ in Bunny; the winning story, Jonathan Buckley’s Briar Road, focused on a tense hour-long encounter between a medium of ambiguous ability and intentions, and the family of a missing, possibly dead, girl.
All the stories are still available to download from BBC Radio 4 i-player and they are all read beautifully including Brennig Davies’ Skinning which is voiced by Sir Ian McKellen. Listen, learn and write your own.
The 2015 BBCNSSA Anthology is published by Comma Press