Ten Top Tips on How Not to Write 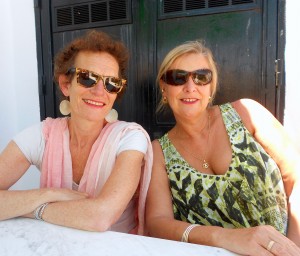 That fabulous critic, poet and wit Clive James wrote a hilarious analysis of Judith Krantz’s blockbuster, the bestselling but appallingly written Princess Daisy. He points out how the author, like many bad writers (and new writers learning their craft), gives us lots of fancy images and decorative swirls but often neglects to provide the salient points we need in order to place the character and action. He says, “Mrs Krantz gives you all the details you don’t need to form a mental picture, while carefully withholding those you do.”
Coincidently, once long ago Chalk co-founder Jo Hepplewhite and I spent a week in Morocco going through this enormous volume with a red pen, deleting extraneous adjectives, redundant adverbs, and unnecessary descriptions of designer clothes, hairstyles and manly musculature – we got it down to about 70 pages. Re-reading Clive James’ astute essay made us think of our own least loved clichés, cacophonies and, to use a literary term, cock-ups.
1. Never describe your character’s face by having them stare at their full lips and freckle-dusted nose in the mirror.
2. Find an apposite verb instead of adding an adverb  – make your hero race, speed or bolt, not run very quickly. And avoid “suddenly” – make the writing convey the pace and immediacy.
3. Have a two adjective maximum as you fill the crisp, snowy-white, pristine page.
4. Avoid making things into active subjects – “Eager noses turned towards the smell emanating from the bakery”. And avoid ‘emanating’; it’s one of those ‘literary’ words’.
5. Avoid gimmicks such as denoting the passing of time by the whisky in the bottle going down while the cigarette ends in the ashtray rise.
6. Don’t use ‘as’ as a conjunction unless two actions really are simultaneous i.e. ‘She lit a cigarette as she talked’ but not “She picked up the pen and signed the cheque as she looked into his eyes” – that’s going to be a dodgy signature.
7. Put your characters in their place -– whatever else is happening we need to know if they went into another room, sat down, stood up, climbed the ladder, otherwise we can’t imagine the scene. Your reader will be distracted and wonder about where/what/how.
8. You can put minor, linked actions in one sentence but you should give an important action its own sentence i.e. it’s OK to say, “he opened the door, took the parcel from the postman and signed for it.” It’s not OK to say, “He drove up the motorway, stopped in Birmingham and parked in a multi-storey before locating the restaurant and having a curry, then shooting Desmond.”
9. Sequence your action chronologically, don’t backtrack or use the perfect tense: “She bought the flowers with the money she had stolen from her mother.  She had always resented her mother and when she had said that horrible comment about her handbag she had lost her temper.”  It makes the reader feel excluded;  if these events were important, why didn’t we get to be there when they happened.
10. Avoid repeating constructions.  “Picking her handbag up from the chair, she left the restaurant.  Standing on the street, she wondered which way to go.  Deciding to take the subway, she turned left.”
Ardella Jones
Read Clive James’ A Blizzard Of Tiny Kisses here http://www.lrb.co.uk/v02/n11/clive-james/a-blizzard-of-tiny-kisses
Our workshop this Saturday at The Trafalgar Arms, Tooting will be on avoiding cliches, clumsy constructions  and general ‘clunkiness’.