Times change…so write your novel before they do 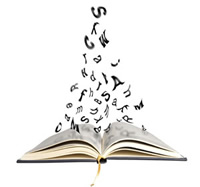 Imagine it’s 10th September 2001 and, after three years hard writing, you have just sent the manuscript of your contemporary thriller to your agent.   It’s a story of political intrigue and international terrorism; the backdrop is New York City;  your hero’s apartment has a fabulous view of the Twin Towers…You wake up next morning and, as you put the coffee on, you hear the news.  In an hour, the world has changed irrevocably …and so has the prospect of your novel finding a publisher.

This must have happened to a few unfortunate writers but there must also have been some lucky souls who, having just finished novels about suicide bombers or  Middle-Eastern terrorism, could, with hasty updates,  hit the bookshops by the October, getting the drop on Don DeLillo, John Updike, Jay McInerney and everyone else who wrote post 9/11 books.
Even if your subject matter isn’t directly related to world events, 9/11 (or 11/9 as I prefer to call it) changed the lexicon as well as the New York skyline.  Phrases like ‘shock and awe’ and ‘ground zero’ resonate for us all; everyone can casually drop in conversation Arabic terms like hijab and niqab and jihad which were hitherto confined to native speakers and academic tomes.  Our preoccupations changed and our sense of who we are was redefined along with the world order.
Recently, I tried to update a story I began in 1992 (okay, I’m a slow writer)  but found that I had to make it a period piece.  It was impossible to simply change the dates and the cut of the heroine’s jeans, too much had happened – and that’s without taking into account the ramifications of the mobile phone and the internet on plot.
Unless we write historical, futuristic or fantasy fiction, we cannot escape the knock-on effects of major current events. Jane Austen is often criticised (by male pundits) for focussing on the domestic arena but even her stories are touched, albeit tangentially, by the Napoleonic Wars and unrest on the sugar plantations of the Caribbean.  Neither writers nor their fictional characters inhabit a vacuum.  There’s no escaping change – which is yet another good reason to get on with your novel and finish it before it goes out of date.
Ardella Jones