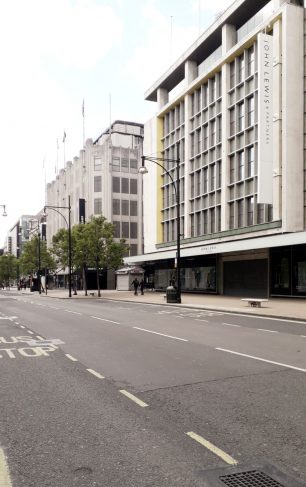 Shortly after 9/11 (or the 11th of September as I like to call it) every pundit, politician and bloke at the bus stop became an expert on jihad, janjawid and mujahideen. The vocabulary of Westerners expanded exponentially with the terror threat to include all kinds of arcane and esoteric Arabic words. People, whose knowledge of Islamic women’s wear had previously been confined to the harem pants worn by the belly dancer in the Fry’s Turkish Delight advert, were now so full of eastern promise that they could pronounce knowledgably (or not) on the merits of hijabs, niqabs and burkas. The Media ensured that our lexicon also swelled with political and military phraseology like Axis of Evil and Ground Zero, water-boarding and extraordinary rendition.

Nearly two decades on another global crisis, Coronavirus fast mutating into Covid-19, has given us a whole new set of words, phrases and inevitably slogans. There are also new combinations and applications of hitherto familiar words like ‘unprecedented’ and, ‘underlying conditions’, ‘ramp up’ and, of course, ‘social distancing’. The latter was actually first used in 1957 but to denote an attitude rather than a physical distance; it could be used, for example, in a sentence like ‘the monarch kept a social distance from her sleazy son’… There’s ‘infodemic’, the plethora of unsubstantiated news stories first coined in relation to SARS in 2003; the superbly alliterative ‘super-spreader’ and the macho-sounding ‘lockdown’. A friend refuses to use ‘lockdown’ on the grounds that he is not an American and prefers ‘staying at home’ while the Americans themselves favour the gentler sounding ‘shelter in place’ (the cynic in me thinks this word choice is dictated by homelessness in the US being so rife that they wish to encompass cars, containers and cardboard boxes).

It has happened so quickly. Back in January, those halcyon days when Brexit was the worst thing imaginable, we’d have thought PPE was something to do with mis-sold credit card insurance now we’re all armchair epidemiologists chuntering on about ‘patient zeros’, ‘herd immunity’, RO numbers and zoonotic diseases. We are not only flattening the curve, we’re on a learning curve. Still it’s always good to widen our vocabularies, just a bit of a bummer for all the writers who were about to submit their gritty stories of contemporary urban life.  Drug dealing must be replaced by hand-sanitiser gouging, rampant promiscuity by elbow bumping and Skype sex, daring travel exploits by a trip to Sainsbury’s without your rubber gloves and face mask.