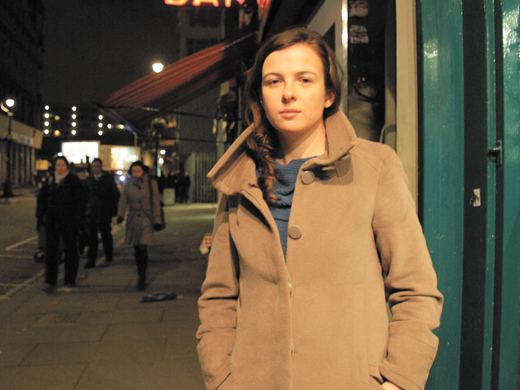 A few weeks ago crime novelist Claire McGowan taught a workshop at Balham Bowls Club and set Chalk students an exercise which required considerable courage on her part – she gave them an extract from the first draft of her new work-in-progress to edit. The passage was taken from chapter two of Claire’s fourth novel, the third in the forensic psychologist Paula Maguire series, and as part of a continuing saga lots of catch up and background detail was required. Claire had to make sure that she included all the information necessary for a new reader to understand the characters’ back-stories and the setting. Inevitably there were chunks of information which were essential but not perhaps perfectly placed. Chalk students went to work on Claire’s new baby with ruthless red pens and fed back their editorial thoughts with candour. She took it all on the chin, conceding that in a first draft expediency outweighed stylistic elegance; at this stage she wanted to throw all the detail in and sort it out in a subsequent draft. Every writer in the room voiced their admiration at her bravery in sharing her work and the objective reception she gave to their comments. Every writer in the room, including me, had at some time indulged themselves in excessive defensiveness about receiving critiques. We all absorbed the lesson that every writer, however well-established or accomplished, can benefit from a willingness to accept criticism, learn from it and further develop their work. After all we are in the business of communicating and sharing our ideas and if an indigestibly long sentence or an obscure phrase undermines our readers’ enjoyment or impedes their understanding, we need to deal with it. Let’s learn a lesson from Claire McGowan – be bold, be brave and write better as a result.
Ardella Jones
Claire McGowan is joining Chalk the Sun as a tutor so we look forward to more inspiring workshops. Read more about Claire’s work at Claire McGowan: Pains, Trains and Inkstains