Your first novel is published – but that’s just the beginning… 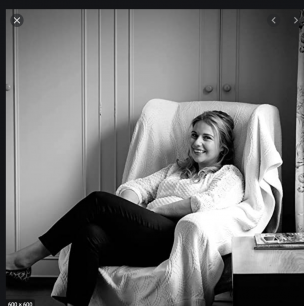 Last week former Chalk the Sun student Fliss Chester launched her firstnovel Snowballs! Winter Fun On The Slopes in a Surrey barn suitably disguised as an alpine ski-lodge with twinkly lights and bobble-hatted waitresses serving boozy hot choc. I felt very proud of Fliss as she signed hundreds of crisp new paperbacks and gave a speech thanking her Mum and husband Rupert for their support. The book is dedicated To Mum (sorry about the naughty bits) and Rupert (you are the naughty bits).
I remember Fliss joining Chalk the Sun seven years ago to write the light-hearted, romantic comedy called Alpine Horn, which has now been wisely re-titled Snowballs. Fliss saw the project as a practice run for a more serious literary novel on a subject closer to her heart, but as with most writing you never quite know how it will develop and where it’ll lead. Fliss’s ‘skiing and shagging’ novel, as her classmates heartlessly referred to it, gave us many laughs as we debated the pros and cons of having stand-up sex whilst wearing salopettes.
Despite the levity, Fliss took her writing seriously, accepting feedback graciously and conscientiously rewriting. Her first draft was accomplished and a pleasure to edit as Fliss made sure I wasn’t distracted by bad spelling or dodgy grammar. She left London for matrimony and a job as Head of Gin (yeah that really is a thing) with her husband, Rupert, at his wine shop. I half expected her to give up writing so it was a joy a few years later to hear that she had persevered and achieved a three-book deal with Orion.
Fliss joined our Country House writing day in July, slightly panicked by the fact that, amazing as a three-book deal was, her next instalment (book two) had to be finished in six months… no small feat when book one had taken her a decade. Nonetheless Fliss got her head down and Corkscrew! Summer Fun In The Vineyard is out in May 2018. The third in the trilogy, a super-yachts-in-the-Med-based romp, is scheduled for release in late 2018 or early 2019. Note that as a keen skier, wine merchant and all round lush Fliss is writing about what she knows (apart from the sex scenes, of course, mum).
The ski-themed nibbles and Rupert’s scrummy wine at the launch distracted me, but when I wasn’t guzzling I had some interesting conversations with Fliss’s agent Emily Sweet and her editor Clare Hey, head of Women’s Fiction at Orion Publishing. Both women commented on former journalist Fliss’s work ethic and discipline: her willingness to take advice, to rewrite, to deliver work on time, all qualities I had also admired in her and which have contributed to her success.
Some new writers cherish the fantasy that novelists are licensed to be moody, demanding divas who turn up late for meetings with editors and agents who are waiting patiently to coax works of staggering genius from them. Reality check: new writers are entering a highly competitive, over-crowded market, which respects hard work and flexibility almost as much as talent and ideas. Sure if J.K. Rowling took it in her head to be ‘difficult’ the publishing industry would be happy to kowtow, but newbies need to demonstrate humility and knuckle down. Take a leaf from Fliss’s book and start now!