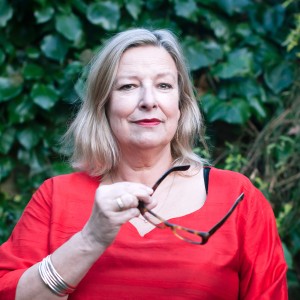 As a former stand-up comedian and long-standing lecturer in creative writing, writer Ardella Jones is well known for her amusing lectures on a range of topics from Top Tips for Writing a Best-seller, Creating Incredible Characters to The Great British Comic Novel. She has lectured on cruise liners in the Caribbean and Scandinavia and has a series of fun talks with Powerpoint presentations ranging from:Twenty-One Fascinating Facts about Iceland, and Scandinavian Lore and Legend, to Sunshine and Suffocation: the literature of the Caribbean writers, and Rum, Sun, Spies and Scandals, a fascinating look at the glamorous lives of Caribbean aficionados like Noel Coward and Ian Fleming, Ernest Hemingway and Graham Greene ( see full list below). Ardella has given talks for the Women’s Institute, on the Queen Mary 2 from New York round the Caribbean, and most recently on the P&O ship Arcadia to Curacao in January 2020.

Ardella also offers bespoke participative workshops on creative writing and comedy. Her most recent, hugely popular workshops were ‘So you want to be a stand-up comic?’ on the Saga Sapphire Edinburgh Fringe Festival cruise August 2018.

Simona Sideri, children’s book specialist, editor and publishing professional, also has limited availability for talks and Q&As on writing for children and how the publishing industry works. She also likes running workshop sessions for young readers. You can see Our Tutors’ Profiles here.

2. Twenty Tips for Writing a Bestseller – a light-hearted look at how famous writers have approached their craft from Agatha Christie and Jean Plaidy to John Le Carre and Wilbur Smith. Fascinating for both budding writers and keen readers.

4. Rum, Sun, Spies and Scandals: Writers of the Caribbean.

A fascinating look at the glamorous lives of Noel Coward and Ian Fleming in Jamaica, with neighbour Errol Flynn, Ernest Hemingway fighting and fishing in Havana and Graham Greene flirting with espionage in Cuba and Haiti.

6. The Mad Woman in the Attic: England and the Caribbean collide in Fiction.

Dominican writer Jean Rhys was fascinated by the only white Caribbean character she found in English literature – Mr Rochester’s crazy first wife in the classic ‘Jane Eyre’ by Charlotte Bronte. Jean Rhys decided to write the story of her marriage and journey to England in the award-winning novel ‘Wide Sargasso Sea’, but her own wild life style almost prevented her from writing it.

7. Twenty-One Things You May Not Know about Iceland: from the World’s first female president to the part-time World Cup Squad, when to eat fermented shark and how to play Koob, why Reykjavik is the Murder Capital of Europe – when it comes to crime writing. (NB this lecture can be combined with references to other Scandinavian countries to reflect the location/itinerary – see below)

8. Icelandic Lore and Legend from trolls and whale wizards to Vikings and volcanoes. The fabulous folklore of Iceland including what the Yule Lads get up to at Christmas, and King Olaf’s battle with Denmark’s devious Harald Bluetooth, plus tips on how to help a troll and what to do if you find some Huldufólk (hidden folk).NB this lecture can be combined with references to other Scandinavian countries to reflect the location/itinerary – see below.

9. Twenty-One Things You May Not Know about Scandinavia: from sauna etiquette in Finland and how to get cosy with ‘hygge’ in Denmark to the origins of Swedish smorgasbord, why Norway knighted a penguin in 2008, and how the Vikings played ‘toga-honk’. (NB this lecture can be focused on specific countries to reflect the location/itinerary).

10. Scandinavian folklore and legends: from the Viking god of skiing Ullr to the Norwegian Nøkken, a fiddle-playing water spirit, the seductive supernatural Huldra maid, Peer Gynt and the evil trolls, Denmark’s jolly Christmas goblins, and Sweden’s giant octopus, the Kraken. (NB this lecture can be focused on specific countries to reflect the location/itinerary).

11. Twenty-one fascinating facts about the Vikings: a light-hearted look at the culture, history and mythology of the Vikings, facts and fantasy from the truth about horned helmets to the world records set by Game of Thrones star Icelandic actor ‘Thor’ Björnsson.