On graduating, she worked for Lambeth Council whilst moonlighting as reggae correspondent for the NME, winning the Catherine Pakenham Award for a feature about Jamaica. Other credits include The Guardian, Melody Maker, Mojo and The Sunday Observer Magazine.

Ardella switched to writing fiction and scripts including the Radio 4 comedy panel game The Labour Exchange, starring Rory McGrath, and the cult 3D animation, Bunny Maloney. As part of double act, Ken & Ard, she won the New Names of 92 award at the Edinburgh Fringe, and, as a solo stand up, she toured the comedy circuit from Up the Creek to Jongleurs.

Ardella taught creative writing in Adult Education for two decades; now she performs as a poet, writes novels and is one of Spoon Agency’s writing team. She also edits and writes for Bradwell Books who published her Book of Kent and London Walks in 2016. Her thriller Rolling Calf was long-listed for Mslexia Novel 2017 and won The Virginia Prize for Fiction 2018.

Ardella’s star sign is Scorpio; her hobby is buying shoes and her favourite food is expensive.

Ardella Jones has a BA (Hons) in English from Bristol, a post-graduate Diploma in Management Studies from South Bank University and a Postgraduate Certificate in Education from the University of Canterbury. She is a full member of the Society of Authors

Jo Hepplewhite left the teashops of Harrogate, her home town in Yorkshire, to study Drama and French at Bristol. Three weeks into the first term over a plate of spaghetti Bolognese in a greasy spoon cafe, she made the acquaintance of a languid, street-talking blonde from London by the name of Ardella P. Jones. The rest is history.

Jo went on to pursue a career in television, working for seventeen years as a producer and director and creating reams of scripts to be spoken to camera by a myriad of presenters, and the occasional glove puppet. A combination of intellectual frustration and too many after-work parties induced a career change in 2002 and she trained as a teacher.

She has taught in HMP Belmarsh, on building sites and in care homes, and edited a collection of writing by domestic violence survivors. She became English for Academic Purposes Tutor at the University for the Creative Arts in Kent in 2007. After a sabbatical in la Reunion, teaching English, she re-located to the village of Gaucín in Andalucia. Her writing group Gaucín Writers’ Room have published five collections of short stories.

Jo is interested in all aspects of language as a communicative tool. She combines the linguistic understanding required for Teaching English to Speakers of other Languages with its exploitation for creative purposes in her role as co-director of Chalk the Sun.

Jo’s star sign is Sagittarius, her hobbies are removing superfluous apostrophes and deconstructing old movies. Her favourite food is – oops! forgot to cook!

Jonathan Wolfman grew up in Liverpool where he discovered anti-Semitism and Saturday morning pictures.

Jon is Head of Young Adult Development at Bryncoed Productions Ltd. Until 2018 he was a producer and senior script developer for CBBC, script-editing The Dumping Ground and Tracy Beaker Returns which won the Children’s BAFTA for Best Drama for series 1 in 2010, the Royal Television Society Best Drama and Best Children’s Drama 2012, and the Hugo Award 2012 (Chicago). He was script consultant on series two of Scoop and the BBC’s executive script editor on Pet Squad. He produced Wolfblood, an acclaimed drama series for CBBC and ZDF in Germany, which was nominated for four Children’s BAFTAs in 2014, with writer Debbie Moon winning the award. His 3-part drama Katy, based on the Dame Jacqueline Wilson novel, aired in 2018 and won an International Emmy in April 2020.

He was executive story editor on Bunny Maloney, a 52 part animation series for Moonscoop and France 2. He spent a number of years in development as a producer for Talent Television and Talent Kids in the UK across a wide range of genres and formats including Fazed, Skatoony (Cartoon Network) as well as creating and devising the hit CBBC show Best of Friends (96 episodes).

He has written scripts and plays for radio, TV, film and theatre, co-wrote, directed comedy shows for the Edinburgh Festival, and has acted as script consultant for a number of independent production companies.

Jon’s ambition is to play football for Liverpool and direct a major motion picture.

Simona Sideri grew up in Holland and Chile of Italian parents then read English at the University of East Anglia followed by an MA in Modernism.

After four years studying, Simona had had enough of the adult world and regressed into children’s fiction. She headed for London, the global centre for children’s publishing, and has worked there ever since, liaising with a range of publishers on books for all age groups, CD roms, apps and websites. She has written board books for toddlers, home-study workbooks, a series of non-fiction books aimed at early years, and has co-authored two picture books. She has also translated nearly twenty books for children.

Simona’s star sign is Taurus, her hobby is reading and her favourite food is… pasta, of course!

Simona has limited availability for developmental tutorials and editing commissions – for more information check our manuscript and editing services and Simona’s own website http://writingandpublishingss.weebly.com/ 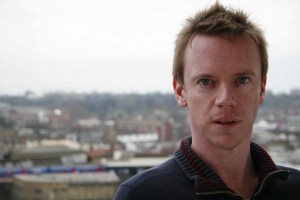 Simon Lewis was born in Monmouthshire and studied art at Goldsmiths College. He wound up working as a guidebook researcher in China and India, before becoming a full time novelist and screenwriter.

His first novel GO (1999), a travel thriller about runaways, was written in a village in the Himalayas. The second,  a crime thriller BAD TRAFFIC (2008) about people smugglers, features jaded Chinese cop, Inspector Jian. The book has been published in the UK and the US and translated into German, French, Swedish, Italian, Japanese and Turkish. In 2009 it was nominated for the LA Times Book of the Year Award and for the French SNCF prize for crime fiction. A sequel is about to be published. His third travel-related thriller, BORDER RUN, was published in April 2012 in the US and the UK.

Simon has also written screenplays, three of which were shot as feature films in 2014: THE ANOMALY, a science fiction action film, TIGER HOUSE, a home invasion thriller and JET TRASH a travel noir, based on his novel GO.

Simon lives in south London, but very wisely spends a good proportion of each year in Asia.

You can read more about his work here: simonlewiswriter.com and book one-to-one Story Doctor tutorials with him via Chalk the Sun.

Danusia Iwaszko -an Irish/Polish coproduction, premiered in Wembley, Danusia was born for theatre.

She studied drama at Manchester University, the Bolton Octagon and RADA, before going on to write and direct plays for her own enterprise, The Hal Company. One Glass Wall was staged at Theatre 503, short-listed for the Pearson Prize and published by Oberon Books. Still Life won London’s One Person Play Competition and ran successfully in London, Edinburgh, Sydney and Ireland. In 2006, she was attached writer at the National Theatre Studio.

She has completed numerous commissions and is a literary associate at The New Wolsey Theatre, Ipswich and Menagerie Theatre, Cambridge. Her writing workshops include The Traverse Theatre, Edinburgh (2006); in prisons for Synergie Theatre (2009); The Theatre Royal York, (2011). She has also written a script for Forest Film Productions. 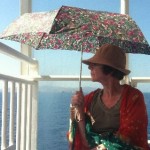 Sheena Joughin grew up on the Yorkshire moors. She studied Comparative Literature at East Anglia then designed textiles in Paris before moving to London at the end of the 20th Century to write prize-winning short stories.

Since then, she’s published two novels Swimming Underwater and Things to Do Indoors and reviewed hundreds more for the TLS, the Telegraph, the Independent and The New Statesman (which has the best parties).

She’s been a tutor in Creative Writing at Bath Spa University and now teaches on the MA at Oxford Brookes. She’s an editor at The Writer’s Workshop, and runs The Life-Writing Project in West London, as well as writing fiction.

Her star sign is Cancer. She would pay not to go to another wedding.

‘Sheena Joughin has an unusual clarity of voice and a crafty duality, something both brooding and light, in her writing.’ Ali Smith

‘I love this book.’ Julie Burchill

We welcome Fliss Chester, ex-Sunchalker and author, as our guest blogger

Fliss Chesterphoto by Capture It Agent hunting tips from novelist Fliss Chester This is by no means an exhaustive list, nor can I guarantee that by following these tips you will land [...]